G&G Go to the Opera 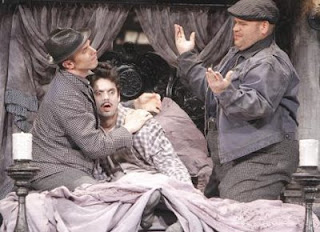 Il Trittico, three Puccini one-acts, is the LA Opera season opener. There are a few more performances, and count yourself blessed if you can get tickets. (LA Opera photos by Robert Millard.)

The Fly is the Los Angeles premiere of a new work by Howard Shore and David Henry Hwang. As Billy Wilder supposedly said on seeing Lloyd-Weber's Sunset Boulevard, "It would make a good movie." 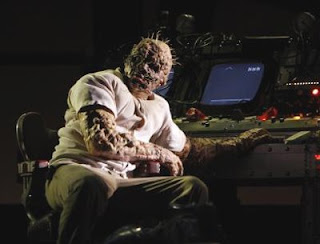 Georja and I have this he-said/she-said thing going in the reviews, so it may be high-toned culture but it's still all about boychik sexual politics.

Hope you follow our reviews throughout the 2008-09 LA Opera season.
Posted by daboychik at 9:18 AM