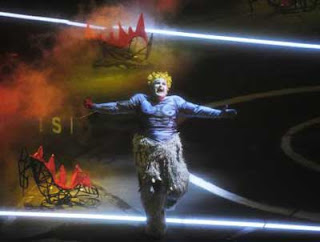 I've previously defined boychik as a young man with more chutzpah than brains. Georja and I recently reviewed Wagner's opera Siegfried, the third episode in his marathon cycle The Ring. It's playing now at LA Opera.

In the myth, Siegfried represents the human race, which in the dawn of history is just coming into its own. In this installment of the story, Siegfried will slay the fearsome dragon who guards the ring--the symbol of ultimate power. Thus will begin the ascendancy of humans and the decline and eventual disappearance of the gods who once dominated the earth.

The Lord of the Rings borrows the same symbol.

I spend a significant portion of the review musing about Wagner's infamous racism and the moral imperative that the Third Reich subsequently drew from The Ring.
Posted by daboychik at 10:55 AM No comments: 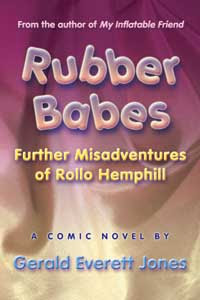 See also: It's Going To Be an E-Reader Christmas

Sony Reader is now (finally) running a consumer-oriented TV ad, and the NY Times reported yesterday on the iRex launch. You can bet Amazon will hype Kindle to the max in the coming weeks, along with its promotion of the Kindle 3 large format in the college textbook market.

Apple is conspicuously absent, although you can use apps like Stanza to read ebooks on your iPhone. But that's hardly a competitive strategy for Apple. I'm betting they come out with a docking screen for some or all of the iPod models.

I decided to join the club and beefed up my membership and presence on ebook distribution service Smashwords.com, which supports open-source EPUB and Sony LRF, as well as lots of the other formats.

And then of course there's the proliferation of more general-purpose netbooks, palmtops, PDAs, and tablets. (See Maggie Ball's previously posted article on this blog.)

I'm thinking a big consideration for ebook buyers should be the long-term cost of buying content. Prices of ebooks vary widely, but many Amazon Kindle versions are advertised at just under ten bucks. Lots of Smashwords EPUB versions range from free to a buck or two, although bestsellers typically cost more. Then too, there's the public domain library offered by Project Gutenberg, where everything is both free and about a hundred years old. But if you're looking for Charles Dickens rather than Dan Brown, you can find him and thousands of other famous authors there in EPUB, HTML, and "plain-text" formats.

My Inflatable Friend and Rubber Babes, the first two books in the Rollo Hemphill series of comic novels, have been available in Amazon Kindle, Mobipocket (PDA), and Adobe PDF (Ingram) formats since the day they came out in paperback.

I'm jumping into the other formats now on Smashwords by offering Rubber Babes for $1.99 in EPUB, Sony LRF, and a variety of other non-DRM versions.

Ebook sales (and free downloads) seem to be taking off. For example, I just read today that a healthy percentage, if not a huge one, of The Lost Symbol sales have been ebooks. Perhaps the dominant business models. platforms, and formats in this new marketplace will now emerge, and quite soon.
Posted by daboychik at 2:20 PM 2 comments:

Masonic Joke: The 'Lost Symbol' Is at Target 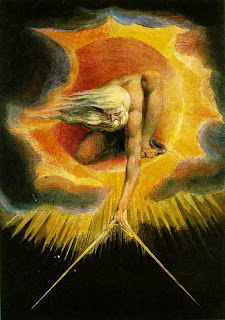 The "lost symbol" in Dan Brown's big bestseller of the same name is a geometric shape called a circumpunct. Which turns out to be the logo of Target Stores. Creeeeeepy!

Many readers probably suspected that The Lost Symbol would be an exposé about the Masons in much the same way that The Da Vinci Code and Angels and Demons revealed occult lore embedded in the history of the Catholic church. But this latest book from the master of page-turners is neither anti-Masonic nor anti-Catholic. It is, at its core, a New Age manifesto. And it unashamedly points to Freemasonry as the paradigm for a contemporary mindset that embraces all religions and challenges human beings to build a society where tolerance is the order of the day.

(The origins of Masonry had a lot to do with opposing the Pope and European royalty.)

What is this New Age mindset? Well, what is old, even ancient, is new again. Modern Noetic science, which figures strongly in the plot, is based on the Neoplatonic belief that thoughts are things and can manifest in reality (same theme as The Secret, also found in John 1:1). You'll find the notion that humans are co-creators with God (Brown quotes the Bible verse "Know ye not that ye are gods?") And it will come as good news that the Apocalypse of Revelation will be a peaceful explosion of human consciousness rather than nuclear weaponry (see also The Twelve).

Despite Brown's crowd-pleasing prowess, I doubt if he's exploiting New Age philosophy just to pander to popular taste. He seems to believe it all, along with a heartfelt patriotism that sees the American experiment much as the Founding Fathers did, as an imperfect work in progress on a worthy Utopian ideal.

In fact, in retrospect, it almost seems as though the Da Vinci/Angels books built a fan base to which he can now overtly deliver a message that's been his subtext all along.

It's not a flawless book, in my humble opinion. But he's selling about a million times more copies than my Rollo Hemphill novels, so who am I to throw rocks? I get bored with USA Today-style, seventh-grade-reading-level prose -- except when I'm riveted, turning pages in my zeal to find out what happens next, which is most of the time.

And his dialogue is often plainly expository and not the least dramatic, rather like those young Greek stooges questioning Socrates. I don't recall if any of the characters actually says to Langdon, "Tell me more," but they are often content to toss out short queries and then listen to him lecture (okay, interestingly) for paragraphs.

I challenge you to read this without thinking of John Malkovich as the big Decorated Man and Linda Hunt as Sato. I have my ideas about the inevitable casting of other characters, but the speech patterns of these two just seem so similar to their distinctive characterizations in previous movie roles.

And, please, somebody tell me why no one thinks to take a flashlight into Pod 5!

*Founders of the Pep Boys, a chain of automobile parts stores.
Posted by daboychik at 10:13 AM 2 comments:

The Twelve is a parable reminiscent of The Celestine Prophecy. Aside from my wondering how the Mayans managed to come up with an end-of-time date that turned out to be a nifty number in the Julian calendar, I enjoyed this. I'm not at all objective because Bill Gladstone has been a friend and colleague of mine for about 30 years. Here's affirming that the book will generate a lot of thoughtful buzz.

Posted by daboychik at 3:48 PM No comments:

What Makes a Story a Movie?

There's no set of rules for that, despite what script consultants might tell you (for a fee). For example, a book has some potential for a screenplay if it is an insider's story on a timely event. However, you're selling something that won't be on the screen for a couple of years at least, so the issue has to be fairly evergreen. A law case that embodies a controversy might be a candidate. Then you should learn about what's involved in securing underlying life-story rights. Otherwise, you might as well try to sell the news in the local paper.

As a story, a screenplay must: 1) have something important at stake (life or death, end of the world, social crisis, etc.), 2) have a main character with whom the audience can identify on some level, and 3) must require the character to grow and develop to resolve the crisis posed by #1. Stories that end in failure or disappointment are almost impossible to sell, despite some notable exceptions.

There are thousands of books on the subject of screenwriting, but the one I think that most nearly addresses this question is Save the Cat! by (the late, great) Blake Snyder and its sequel, Save the Cat! Goes to the Movies.

If you have such a book, it can be a mistake (or a waste of time) to write a screenplay yourself. Go to http://www.literarymarketplace.com and search agents who rep movie rights for books, and query them based on the criteria they give in their profiles or on their agency websites. Obviously the ones who accept e-queries will get you the quickest results and you can query them all concurrently. You'll know in a few days whether you have have something to sell.

If instead you think you have a passion for screenwriting, that is a whole different thing, all about your knack for storytelling, and long road.

Posted by daboychik at 10:06 PM No comments: