Book Review: Our Kind of Traitor 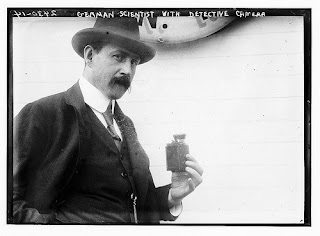 The master breaks all the rules. Main character Perry is not a spy but a wannabe patriot, an amateur screw-up with a good heart. Contrary to conventional story-structure rules, he is not the driver of the plot and he is absent for big chunks of the narrative. At those times, pro spy Luke steps in, but he doesn't drive the story either. Perry and his lawyer girlfriend Gail are mirrored by Luke and his spook sidekick Yvonne, but even as a group they are not a main character. (At best, Perry is a sympathetic character because he mirrors the reader in his fascination with the undercover world.)


Master-spy, case-officer Hector holds the strings, but he is never in control, a dismal fact of geopolitical reality that becomes increasingly obvious as the plot devolves. (Almost) everyone is trying to protect wannabe defector Dima, king of the Russian mob's money launderers (think Otto Preminger). Dima is the biggest personality on the stage, and ultimately the only one who is unabashedly brave.

The author holds true to his oft-used theme that personal betrayal is the ultimate sin, which the career spy can't help but do and for which he deserves to die.

(Sigh) The master breaks all the rules and still hits it out of the park. The Hollywood script consultants-for-hire will say don't try this at home.