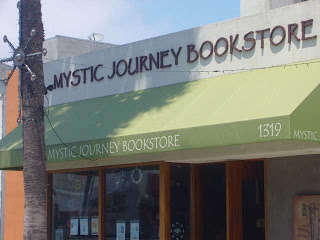 I'll be reading from Farnworth's Revenge: Rollo's End, the third book in the Rollo Hemphill series of comic misadventures. The event on Sunday, November 4 at 2pm is hosted by the Women's National Book Association at Mystic Journey Bookstore, 1319 Abbot Kinney Blvd., Venice, CA 90291 (phone 310 399-7070). This Reads Its Own event runs until 4pm and will include several WNBA member authors reading their material.

In the first two books, My Inflatable Friend and Rubber Babes, Rollo has masterminded a plot with a life-sized rubber doll made in the image of a famous soap star, Monica LaMonica. Rollo’s former boss, old crusty Hugo Farnsworth, has developed a passionate fascination for the doll. He is currently entertaining “her” as his sole guest aboard his private yacht Shameless Palms, currently anchored at St. Tropez. Meanwhile, Rollo has also fled to France to avoid being arrested for a money-laundering scam he didn’t do. As the book opens, Farnsworth secretly summons Rollo and pleads for his help because the doll has mysteriously disappeared from the boat.